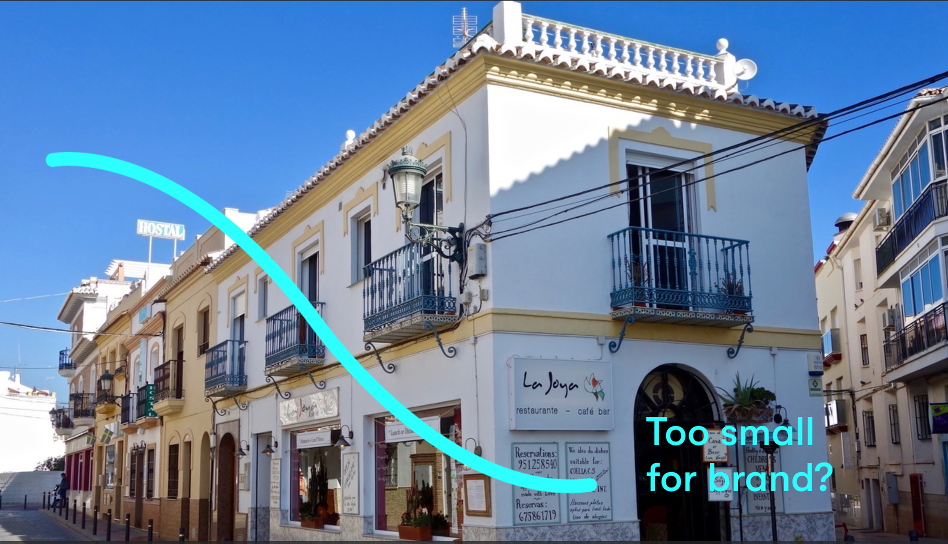 I am often asked by my investors and clients why I started Flow City. I actually had to think about it. To pick a single moment when I realised I want to build a company to support other entrepreneurs, took some time. I guess like with most ventures, the idea was bubbling in my head and the mission was formulating to the point where I just had to do it.

Coming from a family of small business owners, I remember how much importance was placed on being able to access the clients. It’s one thing to have a great product or service, but letting your customers know about it was another.

I remember how in my circles successful business owners were actually referred to as “marketers” meaning: The One That Knows How To Find And Speak To The Audience.

That’s the positive reason. On other hand, the lack of access to marketing channels was actually the number one reason for not starting a business. Very wise decision.  But as we rely so heavily on the creators and service providers to enhance our life, it seems that there is a danger in depriving this crucial group of a way to speak to us, the customers. Giving those businesses a voice and a tool to build a brand to rival the incumbents, became my mission.

Some of you reading this, may have seen me present my favourite Strategy Case. That of a restaurant in Costa de Sol in Spain. Founded by a Londoner in the middle of a 2008 crisis.

Why would one decide to start a business in such conditions in a foreign country?

At a time, when established businesses struggled to keep afloat? After all they had their existing customer base and could use promotions to drive them in.

The founder of La Joya had to  build her customer base from scratch, and that was a serious challenge.

There was a marketing budget, but the nature of the business meant we couldn’t go for classic Google Adwords. Because unless you know of a restaurant you do not search for it. Additionally this kind of business counts on walk-ins and phone reservations. Which in turns rely heavily on top of mind awareness, so the brand became key.

A few years later the name became synonymous with quality, slow food and clean eating. So much so that people would travel from other towns to dine there, whilst the next door place was empty.

How did they do it?

Staying true to the mission. Simple but so hard, when there is a temptation to cut corners to improve margins. There were so many opportunities to extend the offering, or make it simpler and yet the founder stood her ground firmly. Every decision was judged against the mission.

Ok, so that’s the end result but how did she do it? There were no traditional media channels she could use apart from perhaps the airport billboard. She opted for partnerships and promotions to attract customers and then over delivered on quality to cement the brand association with quality and health.

To do that, she had options for vegans, gluten free, diary free and sugar free before it became ubiquitous. Not only that, but demanding clientele was attended to in a no fuss manner. She really guarded and demanded the same from all staff. In other words: “of course it’s organic and vegan. You are in the right place”. She took the role of a head waitress to lead by example.

This resulted in a long waiting time for food, but it only enforced the message: it’s all made from scratch here, meaning: quality, clean and healthy. The founder actually went to each table to tell them that before they became impatient. Additionally there were snacks for any dietary need and handmade cocktails and juices. In the end the client got to enjoy the long evenings spent at La Joya and planned accordingly to account for the long wait time.

New ones, where quickly recognised and the staff learned to communicate slow food approach, before it could become an issue. The place quickly rose to number  1 on Trip Advisor and gained mentions in culinary guides for foodies.

Why had no one else done it before?

Because if anyone measured the local market it would be too small to make the venture viable. However, the visionary Natalia made an assumption that people would travel for the right experience, and she was right. This bold assumption was sneered at, and I admit I had my reservations. But she had the right instinct.

Moreover, the repeat custom from the local audience was shooting through the roof. I remember a family booking a table for 7 consecutive days. None of the restaurant metrics could be applied here.

Still, the biggest challenge was the communication.

It was almost that the business didn’t need to communicate with existing customers, but rather ensure a stream of new ones.

They had to do that for 2 reasons. One was seasonality. The other was margins.

To increase margins they had to gradually increase prices if they wanted to keep the quality at the same level. There was a risk of upsetting existing clientele so having a stream of new customers was important to counter that.

In the end, through sheer perseverance and hard work, they managed to drive new customers into La Joya. The channel was very time consuming and there was some detriment to the brand. They did what most small businesses resort to: the dreaded leaflet. There was no. other. choice. No other channel offered access to potential customers when they were thinking about where to eat or remember a place that had some great tasting food. The leaflet did that. You can give it out on the street and people had it at home to reference to, when they needed to make a reservation.

If only we could have access to a few billboards in the surrounding towns. Not only would it catch the attention of the right audience but would actually elevate the brand and show off the business in the right way. Roadside billboards would also work, as a lot of the clients drove from nearby towns.

The quality was the main value and whilst the partnership with villa operators offered some traffic, it was not big enough to access a specific audience across the geography. So with some detriment to the brand and growth much slower than the discovered potential, she did build a customer base from scratch using leaflets.

It made me look at accessibility of brand building channels for small businesses and the idea for Flow City was born.

La Joya brand proved its value in the current climate. Again the founder went out of her way to service her devoted clientele and used the time to expand nationwide with a delivery service under the same name. So if you think it’s too early to think about a brand, or you are too small, think again. It could be the most valuable thing you build.