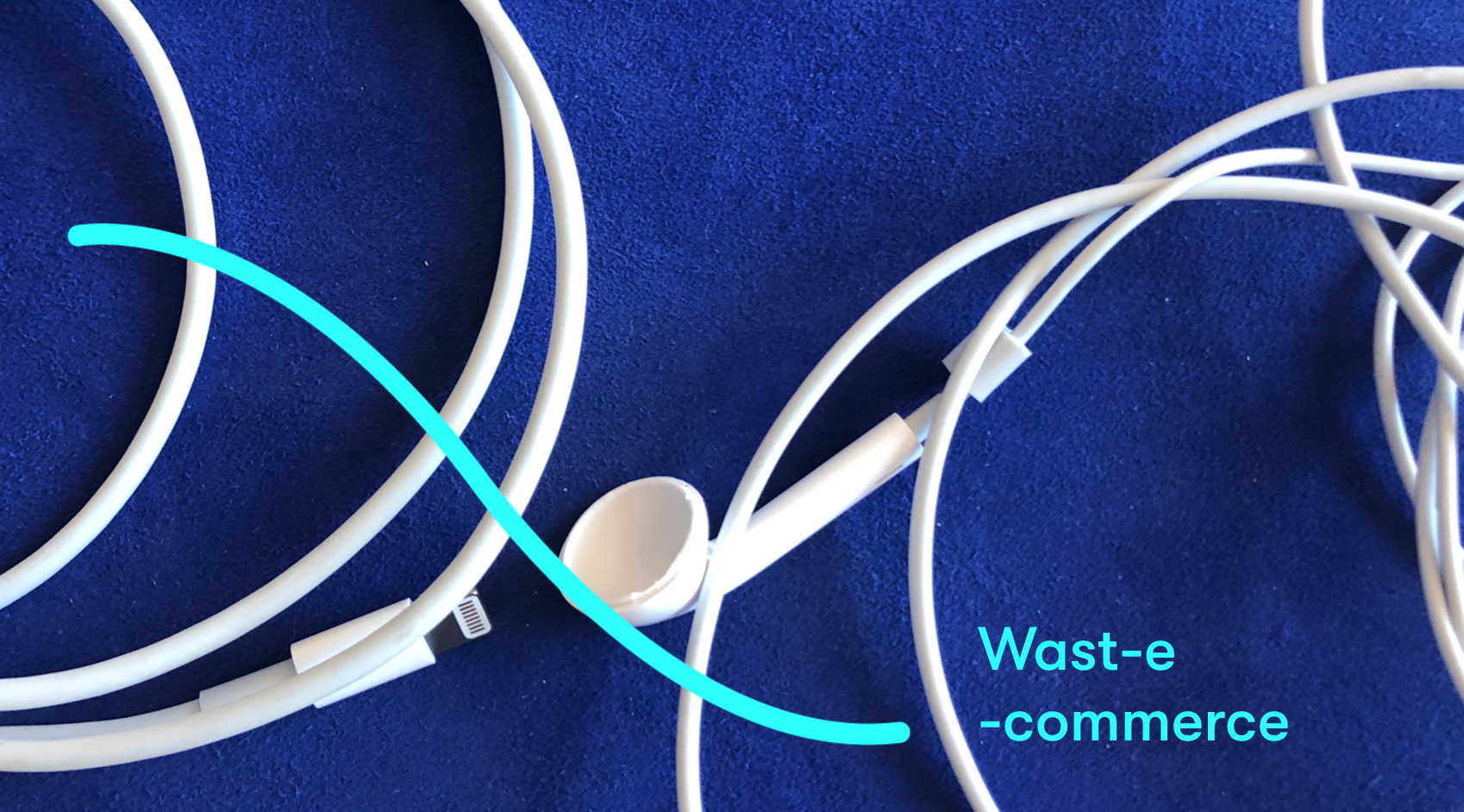 At a first glance you may think that the picture for this blog is of Apple products.
I made a quick purchase a few months ago, quick search and one click on Amazon. Both arrived in a bare Apple packaging.

Now look closer at the headphones. After a week or so one of the earbuds stopped working and then just came off.

The cable is unused, simply because it doesn’t work.

I checked my account and I paid £20 and £10 respectively.

So that’s 40% less than in an Apple store and perhaps it should have been a give away, but if you don’t track the prices you wouldn’t realise there is any difference. Unfortunately it turns out I bought a fake. Both manufactured in China, so what’s the big deal?

Let’s put aside the theft of Apple’s design and wasted time and money on my part. The issue is that after taking the picture for this month’s blog, both items go to the bin.

For contrast, the picture was taken on an Aspinal write pad, which I have had for over a decade and will probably have for another decade. Slightly worn, but still feels proud taking it to a meeting. Aspinal prides itself on manufacturing everything in England, using traditional leather and cutting methods. 10 years on I still get the value out of paying for a good British brand. The craftsmanship and pride that comes with the mark it bears.

In short, we don’t pay just for the brand, but a promise of experience and quality that it stands for. In the case of Aspinal, a promise that has been kept.

The question is: Will we be more inclined to pay for items that last? Items which can be passed on, gifted or exchanged?

That’s what I remember happened in my childhood. We fixed, borrowed and sold on items instead of simply replacing them with a new cheap version.

The current lock-down has given us time to consider purchases and has made us realise where the items we buy come from.

I spoke to a friend who bought a ball for her toddler for £3 at the beginning of the lock down but now realised it will take weeks to arrive.

Guess what? It turns out there is a local chat group where you can borrow one or get one in exchange for a small donation. People are sharing all sorts of items that typically would be thrown away.

As customers, we continue to shop online. Next time you make a purchase, make sure to cast a vote in support of great brands that stand for quality. Believe me that In the long run it makes financial sense.

Doing that will reward brands that invest in long term relationships with their customers and which are based on the quality and trust. Everyone wins.